Propose that for no reason, situation, circumstance, political aspirations, or personal interest should be attempted against the modification of article #68 of the Sustainable Fisheries and Aquaculture Law for species exclusive to Sport Fishing in Mexico.

*If you don’t see a location, it is because we did not receive a report this week.

Health officials say one person is hospitalized. The others are isolated and recovering at home.

In a video conference Monday morning, the governor of Baja California, Jaime Bonilla, said people were seen, ignoring recommendations for social distancing at the beaches in Tijuana and San Felipe over the weekend

The Secretary of Health in Baja, California, Alonso Pérez Rico, said that an infected person in 30 days could infect more than 400 people. Health officials reiterated the importance of maintaining social distancing, taking preventive hygiene measures, and taking shelter in their homes.

For the time being, the government continues the restriction to the public in movie theatres, nightclubs, and bars.

Schools are still closed, and restaurants have gradually closed. Inmate visits have been cancelled in Baja, California.

The governor said if cases of the coronavirus continue to increase, a possibility of a curfew might be implemented throughout the state.

The governor will continue to update the community with new measures through video conferences and official internet pages.

Tijuana Bull Ring
Look for halibut and mixed calico, sand, and spotted bay bass outside the kelp line out towards the flats. Drift with live fin bait on a sliding sinker rig farther out, which may result in a stray “flattie” or a white sea bass. …fishdope.com

Russel on the Dutch Treat worked the South 9 and Coronado’s today and reported in. We arrived at the Bait Barge in San Diego at 0645 for an epic scoop of cured sardines.

The plan was to scope out the Islands, then head out towards the 302.
A couple of miles from North Island, we could see birds working from almost a mile away. Right at the end of the South 9, there was approximately a square mile of a couple of thousand birds working, mixed with dolphins, sea lions, and the odd whale. There were shoals of sardines up near the surface, with mackerel and bonito underneath. We caught plenty of mac and bonito, but neither saw nor metered anything larger.

We made the circuit of the Islands – 61-degree blue water, and all the small bonito you could want. We popped around South Island, with the visibility on the lee side, not unlike La Paz. We have not seen the water this clean in years. A couple of boats coming from the outside said it was 62 degrees and empty, so we headed back to the South 9.

The bait was still there, but the mammals were gone, and the birds were all on the water. There were glassy conditions, and all we needed were the big fish to show. …fishdope.com

*** FYI ***
The San Diego has canceled all trips until March 28th due to the Coronavirus. It will not be a surprise if more boats don’t follow suit.

Be sure to fill out your DFG/customs declarations forms to bring rockfish back into the U.S. legally. These species are currently closed to fishing. Please note – even with these forms filled, you’re still not allowed to bring cow-cod or any other “no possession at any time” species back across the border… fishdope.com

Limits of rockfish on Monday… Mara’s Sportfishing Ensenada
San Quintin
We are not under full lockdown yet, so I still get to go fishing and surfing, but if I had to stay home with my wife all day, I wouldn’t complain. …Captain Kelly Catian

3/20 – 3/21/2020 Gonzaga Bay: I feel poorly about posting while many of my friends are under quarantine, locked up in their homes, and off work, BUT life goes on, and I’ve been fishing Gonzaga in the last few days with my friends who are on extended trips here in Baja.

I have been out fishing with my friends, Randy Champion and Mike Turner, and we’ve had lots of foul weather in the last few days; fortunately, it’s getting much better, and the fishing has improved considerably. On 3/20, Randy caught a 115-pound gulf grouper, and Uncle Mike got a very nice 45-pounder

3/21, we fish the Golden Reef for yellowtail on the surface with my new BETOS casting lures. We went 10 for 13 hookups; the weather was summer-like, flat, blue and beautiful! Fishonnn&onnn.… Juan Cook

We are seeing fish in groups that might be bigger than currently allowed.
Yellowtail and snapper are the high scoring fish with most boats working La Cholla and Lobo.
Most activities in town are still happening. The Sunday carnitas on the corner and the Rodeo Ballet continue.
It seems like half the cars you see in town are “orphaned” rentals hired for the extra flights out of the airport to return all the tourists to their home base and isolation. Plus there are lots of “TP” but no hand sanitizer or rubbing alcohol to be found.

The other types of alcohol are all still available.
Sure hope things get back to normal soon. I would hate to be the only fool out battling the spring bite! …Rick Hill, Pinchy Sportfishing

East Cape
Air – Warm, with highs in the 80s. Clear skies and beautiful weather!
There has been very light fishing pressure this week. Only one or two boats a day are going out. The dorado bite is good with some nice fish in the 15-pound class taken. Big yellowtail in the 15- to the 45-pound range being taken early in the morning off the lighthouse by locals. Spanish mackerel and chunk skipjack is the bait of choice. Striped marlin is abundant right off the La Ribera Bank. There are lots of skipjack throughout the Bay, providing bait and great action.
As usual, this time of year, the bottom fishing is excellent. Yellowtail, pargo, and grouper are all coming off the bottom. Good-sized sierra is being taken along all Palmas Bay beaches. Anglers are catching lots of sierra off the beach very early in the morning!!

The spring season is almost always a pristine time in Los Cabos, offering a near-perfect climate with sunny days in the low 80-degree range.

The average ocean temperature has been in the 70- to 72-degree range recently with moderate north winds blowing on and off, and the clarity has been sporadic, changing day-to-day. Overall the fishing action has been more consistent with the highlight being a surprisingly late wintertime bite for wahoo; the key to this success was live chihuil for bait, and by slow-trolling the candy bait around the area of the Iman Bank, quality-sized wahoo were accounted for, with fish to over 50 pounds.

There has been light pressure, as most of the foreign visitors and anglers are catching flights out of the country as fast as possible, preoccupied with becoming stranded for an indefinite period of time, as the Border has now closed, leaving most of the sport fishing to the local community of residents, retirees and visitors from within the Baja Region.

The yellowfin tuna action was also reasonably consistent, with no huge numbers and a mix of sizes, up to 100 pounds. Most of these yellowfin were hitting on strips of squid.

A mix of bottom action was also developing, and a few nice-sized yellowtail have been landed in recent days, along with amberjack, leopard grouper, red snapper, bonito, and others. Red crab are still around, but they are not found as often drifting to the surface where they could be scooped up. A scattering of striped marlin were caught and released, most weighing under 100 pounds.

There was not much inshore action targeted, although there were a few medium-sized roosterfish landed, as well as a handful of sierra. Still, a good number of whales were being sighted; this is now into the late part of their migration season, and these mammals will be heading north in the coming month.

This week of fishing showed a great variety of fish caught, with our small game category taking the cake. Sixty-five percent of boats caught fish in this “Other” category, made up mostly by red snapper, followed by roosterfish. Then we had some triggerfish, a few jack crevalle and sierra mackerel, wahoo, and some nice yellowtail (close to 50 pounds). There were 190 fish caught in this category, with some released. For billfish, we only saw about a dozen marlin for the fleet total. Tuna numbers were not high, only about 40, ranging from about 25 to 50 pounds.

As for small game, most fishing for red snapper stayed on the Pacific side, spanning from the old Lighthouse to Los Arcos and the Las Margaritas areas. The few marlin caught were at Golden Gate and San Jaime. The marlin averaged about 110 pounds and took live and dead caballito bait. San Jaime was the place to be for yellowfin tuna, and crews used mostly squid, cedar plugs and lures on the kite. The few dorado caught were on the Sea of Cortez side, between El Tule and San Jose. Roosterfish and the few wahoo were found there, too. 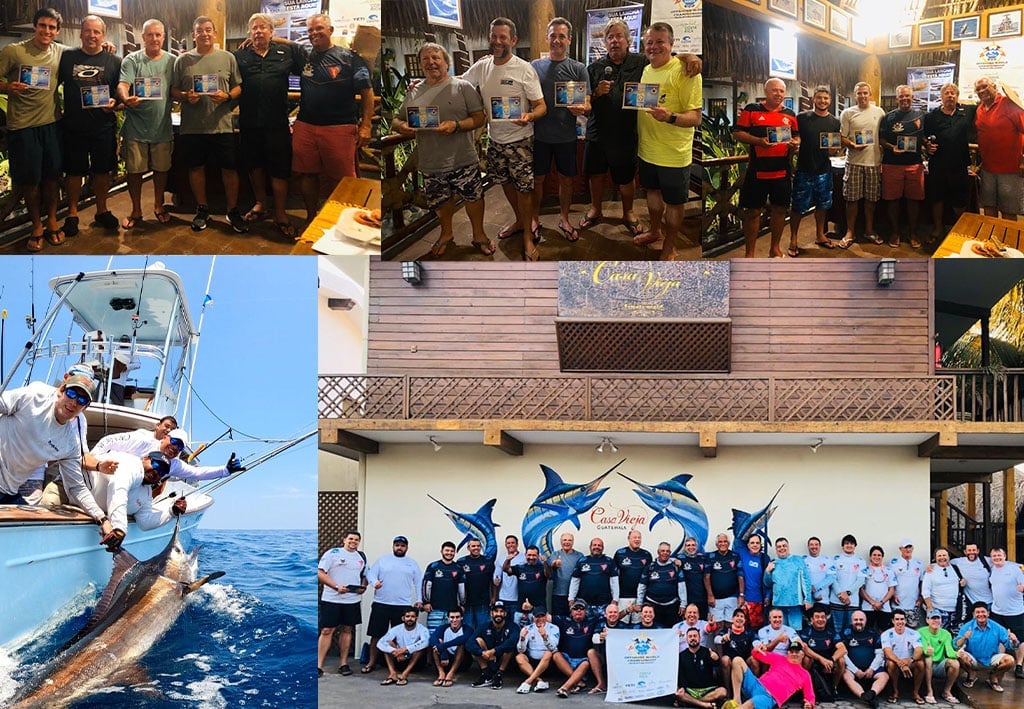 That Baja Guy...Gary Graham Gary Graham turned his passion for all things fishing into a profession. Whether its boats, destination travel, adventure experiences, vehicles, tackle, methods or just the spinning of a good outdoors tale, Graham has evolved into the go-to guy. View more posts